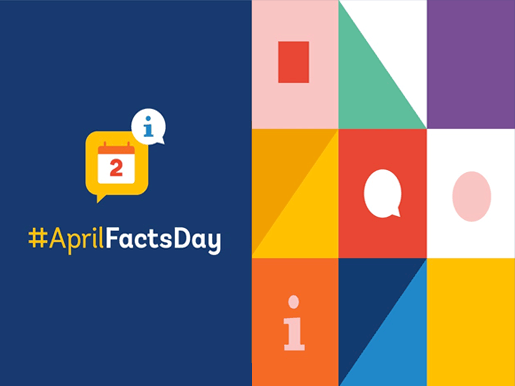 Technology is working harder than ever for us in this current time of coronavirus caution. The world is turning to technology to stay connected to family, co-workers, friends and even making new connections such as virtual book clubs.

The internet is strong and was built to meet these kinds of challenges. The “last mile” connection to homes challenge is being met by every mobile operator who manages the network lines from the internet to their customers, plus their own direct lines. Mobile operators are 100% supportive and working long and hard to make connections work for everyone.

The technology experts at Mobolize are also working hard to keep customers connected and protected. But we also need some fun, so here are some interesting mobile facts for April Facts Day.

🤓 Data doesn’t travel worldwide in “the cloud.” It travels in the oceans running through 750,000 miles of undersea cable that is as small as a strand of hair packed in a cable as big as a fat garden hose.

🤓 The first internet message was sent on October 29, 1969 between UCLA and Stanford University The message was the word LOGIN and it crashed Stanford’s computer after receiving just the first two letters.

🤓 The first spam message was transmitted over telegraph wires in 1864. The first email spam was sent on May 1, 1948. Today there are 107 billion spam emails sent daily over the internet.

🤓 Use of PC and Mac computers in the US decreased by up to 5% while mobile device usage has increased 12% (tablet) to 34% (mobile phone) in the first three months of 2020.

🤓 Mobolize has seen Wi-Fi data traffic increase 40% in the month of March. That’s because users are reaching out to friends and family to stay connected while at home.