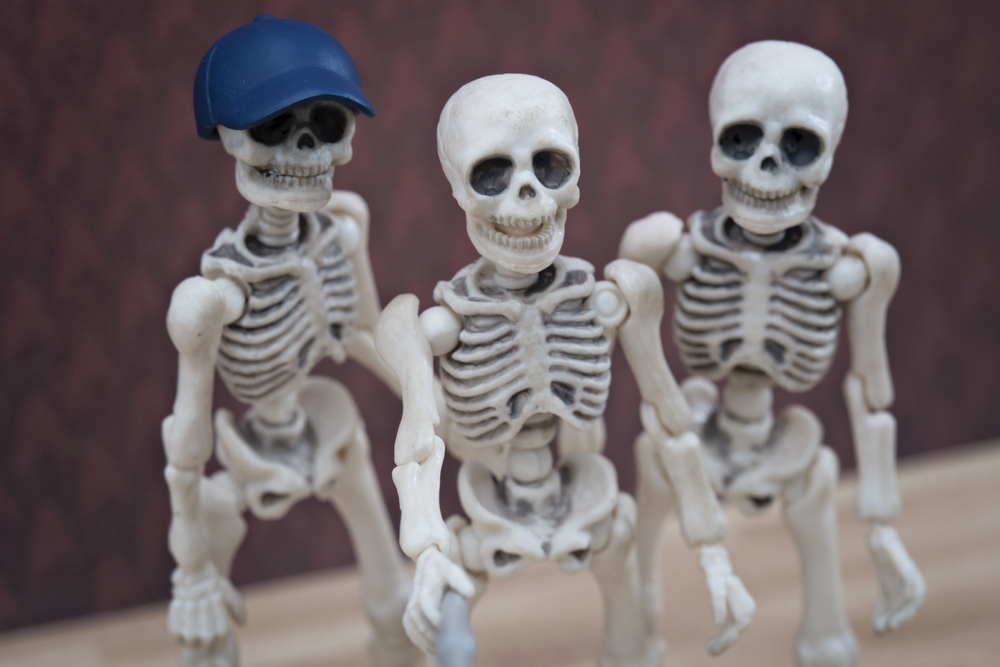 Redberry: Turns out that dead men and women do tell tales. At least we dead zone skeletons do, and we kinda look like dead folks. We were asked to tell our side of the dead zone story and it’s a doozy.

Calypso: The doozy part is that we’re so good at this. We and the rest of the dead zone skeleton gangs hang out in dead zones along the sidewalk, on the roadways, outside hotels, in your homes and parks and metros or underground and, really, just everywhere.

Prada: Well, everywhere there’s a mobile phone that wants to hang on to a Wi-Fi connection even when it’s pretty much dead and won’t switch to the cellular radio. It’s a habit of phones ever since Wi-Fi and smart phones became a thing in 2006 with Nokia and then took off in 2007 with the iPhone.

Calypso: The fix is bonding both the radios so they can easily and quickly move back and forth depending on connection quality, but no one is very good at that. Hee hee!

Redberry: Except for one company, but more on that later. So, where are dead zones found?

Calypso: Yes, oui, si, shi, etc. – everywhere. I hang out at hotel entrances. I love to mess with travelers in a hurry and hang onto their phone connection in my dead zone so they can’t call Uber, Kapten, Lyft, another etc. to order a ride. Or the ride app freezes and they can’t see where their driver is. It’s so much fun to see their frustration.

Prada: I hang out in homes hiding in those areas the home Wi-Fi has a hard time reaching. Lots of corners and sometimes whole rooms if there is a thick wall blocking the Wi-Fi signal. It’s fun to see users walk backwards to return to a good reception zone.

Redberry: I love messing with kids as they watch videos. TikTok is my current favorite to mess with. It’s totally video and so cool to stop the dance moves and stupid pranks when watchers walk into my dead zone. But YouTube, Netflix, Twitch, etc. are also cool to mess with.

Calypso: And we love messing with mobile users ‘cause we mess with the pleasure of being mobile. And that annoys users.

Calypso: So, you wanna hear about that solution now?

Prada: Oh, let me tell, let me tell. It’s a product called Bond from a company called Mobolize. And if I wasn’t a dead zone skeleton, I would use it cause it really fixes dead zones.

Redberry: Can you explain how it fixes dead zones?

Prada: Well, as I understand it, there’s software that is installed on the phone or mobile device and it monitors both the Wi-Fi and cellular radios. When the Wi-Fi is out of range and unresponsive, it reads that and switches to cellular so there’s always a connection. No more stalling or freezing.

Calypso: You sound like you like this Mobolize and its bonding product. It’s a killer for us, remember dude?

Redberry: You’ve been hanging at homes too much and enjoying playing Fortnite, which was in its own cool dead zone (or The End as they called it) recently. Okay gang. Enough talking. Let’s get back to our dead zone work.