Get Smart About Endpoint Device VPNs with VPN Dad Jokes 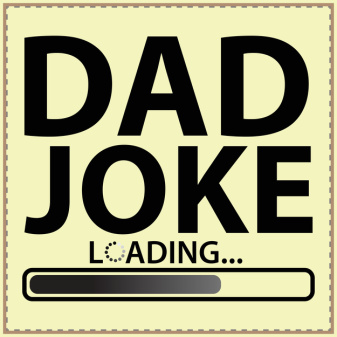 My dad holds me hostage while he tells VPN jokes. It’s okay though. If I laugh I get to keep the ransom money for my allowance.

But it’s not funny when traditional Remote Access VPNs are promoted for use in today’s Secure Access Service Edge (SASE), zero trust or firewalls that are supposed to keep endpoint devices like laptops, tablets and smartphones used by a corporation’s employees safe from bad actors trying to hack into corporate data and applications. And hacking into a Remote Access VPN is a fast path to entering a corporation’s network, much less the user’s passcodes or banking and credit card information.

What are a pirate’s favorite letters? VPN.

But the descriptor traditional in front of VPN is important because it’s the traditional VPN that doesn’t work with modern security requirements to protect endpoint devices. SASE that depends on traditional VPNs can’t protect a corporation when a “pirate” hacks into a remote access connection because traditional VPNs just reroute all data to remote network servers to be analyzed. They don’t protect it from unknown actors and other attacks. That gives a good hacker access to the VPN on the device so they have access to ALL corporate data and applications. Intelligent security on the device needs to make decisions about data and check the identity of the user with multi-factor authentication because only intelligent analysis of data and identity checks on the device can keep each device secure.

How did the VPN cross the road? It made a tunnel.

Traditional VPNs don’t have the intelligence to support zero trust on the device which is key to shipshape security that pirates can’t hack. If endpoint device security is required, as it should be for any corporation (or anybody who enjoys dad jokes) then there must be more than a Remote Access or Cloud-Connector on the device.

How did the VPN hacker escape from the police? He ransomware.

Real endpoint device security requires Mobolize’s on-device Data Management Engine. By being in the deeper layers of the device, it intelligently uses fine-grain routing (which traditional VPNs can’t do) to manage all data traffic. It recognizes data that is already protected and sends it to the network server. Data (or apps) that aren’t secure are made secure and then sent on while continual identity checks are performed in the background. This is done fast so there is much less latency than traditional VPNs, still while providing true SASE endpoint device protection.

What do you call a VPN that isn’t private? A proxy moron.

Our Data Management Engine powers our SmartVPN®. Yes, a VPN that is smart. It has the intelligence to manage data and app traffic where it happens. On the device. It provides the latest security approaches (SASE and zero trust) that scale and work across all worker’s endpoint devices in or outside the corporate network. It provides endpoint security based on each corporations’ security requirements and it does it fast, with minimal use of battery power.

Why is the Remote Access VPN so poor? Because it sends everything it gets to someone else.