Wi-Fi is pervasive today because it’s often the fastest way to cruise the internet highway, with Wi-Fi already carrying more than 60% of the world’s internet traffic. With the coronavirus and sheltering in place still in many parts of the world, there are now 2x more people working from home, so the demand for Wi-Fi has never been higher.

Major broadband ISPs are reporting Wi-Fi traffic has increased by up to 40% in the last two months, thanks in large part to:

But 1.75 billion citizens in the world’s richest countries remain unconnected, according to World Wi-Fi Day statistics. Many unconnected people live within urban areas in the Middle East and Asia Pacific, but many of the unconnected are in Europe and North America too. In New York City, almost 20% of the city’s population do not have access to a Wi-Fi connection, which is about 1.6 million people.

World Wi-Fi Day was organized by the Wireless Broadband Alliance under the leadership of the Connected City Advisory Board. The goal is to improve Wi-Fi availability in broadband-deprived areas with the help of the Wi-Fi industry, cities and governments. While today, there are many issues that are distancing people from each other, this goal of connecting everyone should bring us all together.

To really bring us together in a fun way, take our Second Annual Wi-Fi Quiz and learn some real treats about Wi-Fi. You can share the quiz during your daily virtual cocktail hour.

1. London is the most connected major global city (only 7% unconnected) but where is the free Wi-Fi network “buckinghampalace” located?

2. Who predicted in 1929 that people would be able to communicate with each other wirelessly in an instant with devices that could fit inside a vest pocket?

4. In 1988, NCR and AT&T created the first Wi-Fi network to connect cash register systems. What was it called?

6. How many radios does Wi-Fi support?

For even more fun extra credit, Question 2 listed Percy Julian as one of the potential answers. Although a chemist, he’s perhaps the greatest African American scientist that Americans don’t know about. He was a pioneer in the chemical synthesis of medicinal drugs such as cortisone, steroids and birth control pills. Check out this hilarious video to learn about him.

Here are the answers to the quiz. Now you’re really ready for tonight’s virtual cocktail party as you show off your smarts about World Wi-Fi Day and beyond. 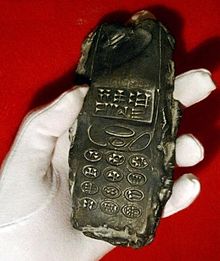