Go with the Connected One – The Data Management Engine’s Smart Mobile Connectivity vs. Well, No One 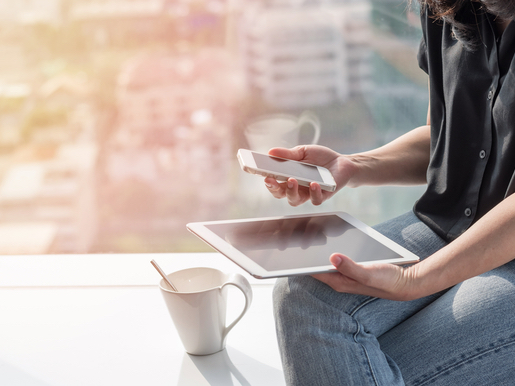 Mobile security is top of mind for enterprise IT teams with much of their workforce working from home. And most companies are looking to continue as work from and/or hybrid work from home/office mode going forward. It’s not just laptops that employees are using. Tablets and mobile phones are often being used as employees juggle remote environments, childcare and distance learning for their kids, and other tasks from home.

But let’s get real. Security isn’t the only issue that challenges users and enterprises. Connectivity remains the killer app on mobile devices. We all move around the house just like we did in our offices and mobile devices make that easier. . . when connectivity issues don’t get in the way.

Unfortunately, there’s often a problem with connectivity even in a house with a secure modem. It’s called dead zones. We run into dead zones when our mobile device hangs onto a poor performing Wi-Fi network or one at the edge, and won’t switch to cellular –resulting in a non-responsive internet connection. It can be frustrating when: 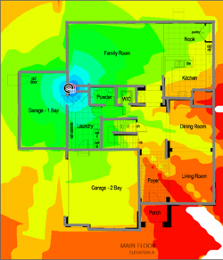 This is all because the mobile phone hangs onto a Wi-Fi network for too long and won’t switch to cellular. And this happens at home too, but largely because of the Wi-Fi signal from the modem not performing optimally because of interference. Building structures can block Wi-Fi, as many walls can too. Wi-Fi also has a difficult time getting to the second story in a house without a repeater.

Mobolize’s patented Data Management Engine solves dead zone issues, even in homes. It’s resident on the device and leverages both radios – Wi-Fi and cellular. When the Wi-Fi data channel isn’t responding and automatically uses the cellular data channel, thus allowing a continuous connection. All of the real-time data channel logic and precision routing it handled on the device, no servers, nearly infinite scalability.

One of our partners offers mobile security powered by Mobolize to its users and they saw a tripling of subscribers for their offering in 2020. They also trialed Mobolize’s connectivity solution and saw that almost 50% of their users reported an improved Wi-Fi connectivity experience because of reduced interruptions, buffering, freezing and page failures.

Only Mobolize has a truly server-free Wi-Fi/cellular bonding solution that leverages both radios on the device. The Data Management Engine with SmartVPN® provides seamless connectivity by intelligently leveraging the Wi-Fi and cellular networks to eliminate dead zones.

Our service provider, network operator and security partners all see the advantage of having their users maintain mobile connectivity. With the increasing customer focus on mobile usage and provider competition heating up, the advantages of better connectivity by managing the Wi-Fi and cellular radios are becoming recognized. Our data shows that an improved Wi-Fi experience results in increased Wi-Fi data consumption by over 2.5 times. That encourages Wi-Fi offload, reduced cellular congestion and boosts customer satisfaction.

Mobolize’s technology can be delivered as a stand-alone app as well as an SDK that can be integrated into app (ex. customer care app or Wi-Fi management app). That’s an attractive solution for enterprises who need mobile security solutions but see the advantages of maintaining connectivity too.

Oh, only Mobolize’s Data Management Engine can provide its on-device security – and connectivity too. No one else can match this.