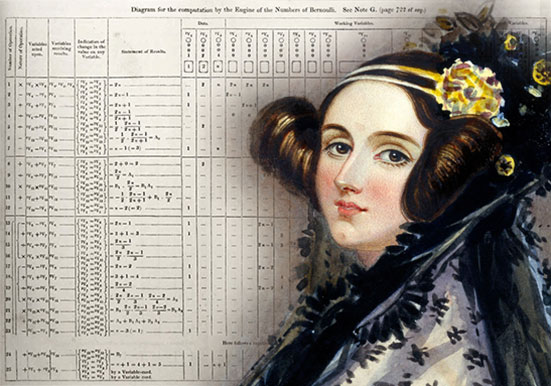 By Will Chow, Mobolize | CTO and Co-Founder

Ask any computer programmer about Ada Lovelace and they probably know her contributions to software programming. She worked with Charles Babbage, known as the “father of computers” because he invented the Analytical Engine, but Lovelace was the first to recognize that Babbage’s engine could do more than just mathematical calculations. She foresaw it could solve complex problems far beyond mere number crunching and published the first computer algorithm.

What’s even more amazing is that she did this over nine months in 1842/1843 at the age of 28 when she was working with Babbage. She was asked to translate from Italian into English a report on Babbage’s 1840 seminar at the University of Turin. She augmented the paper with notes that were added to the translation. It’s in these notes that Lovelace developed what is considered by many to be the first published algorithm tailored for implementation on a computer, making her the first computer programmer.

What Lovelace saw was that numbers could represent other things than quantity. Numbers could represent data such as letters or symbols and the engine could then manipulate the data according to rules. It was her vision that computers could transcend beyond numbers calculation to general purpose computation and that was the transition to modern computing. Lovelace saw that 179 years ago.

Babbage’s Analytical Engine was never built so Lovelace’s program was never tested. But the software engineering world knows about her breakthrough vision and gives her much credit. She was one of those “hidden women” in technology who was rediscovered a century after her death when in 1953 her notes on Babbage’s Analytical Engine were republished as an appendix to B.V. Bowden’s Faster than Thought: A Symposium of Digital Computing Machines. Her notes were recognized as a description of a computer and software.

There is even computer software named after her. From 1977 to 1983, software program Ada was originally designed by a team from Honeywell Bull under contract to the US Department of Defense (DoD.) Ada, an object-oriented high level programming language, replaced over 450 programming languages used by the DoD at the time. Ada also has safety-critical support features and is used not only for military applications but in commercial projects where any software bug can have severe consequences such as air traffic control and satellite and space systems.

As a software programmer, I learned about Lovelace’s contributions in programming school. She inspired programmers like me to think beyond the usual and create products that solved current problems. When I was learning programming, she was not so hidden anymore.

Was Lovelace and her contributions to a broader view of computer software an inspiration for the software behind our own Data Management Engine? Mobolize created patented software that manages data based on specific instructions not only for the smartphone but for all laptops and tablets. That means managing all mobile devices becomes much easier for companies as only one language is required to connect to corporate networks. Importantly, our software extends beyond number crunching and smartly analyzes data and manages it based on the unique rules of each customer.  So, yes, there is a shadow of Lovelace’s vision in Mobolize’s Data Management Engine.